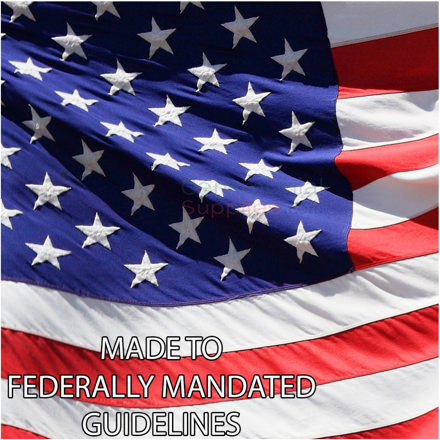 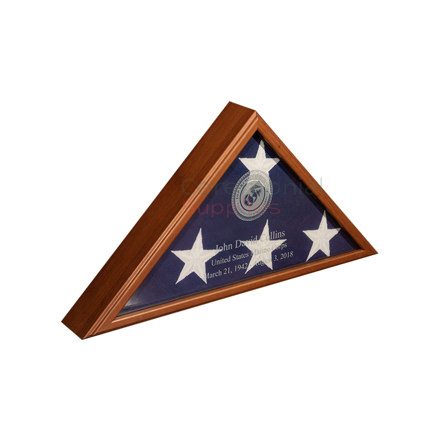 Made by hand in the US. Flag display with door-less glass front and removable back for flag insertion. Dimensions are 25.7" L x 12.5" H x 3.25" D and holds a folded 5' x 9.5' memorial flag (not included). Triangular shape display weighs 5lbs and includes hardware for wall-mount. Optional: 5" W x 1 1/2" H personalized plate with up to 3 lines of text. 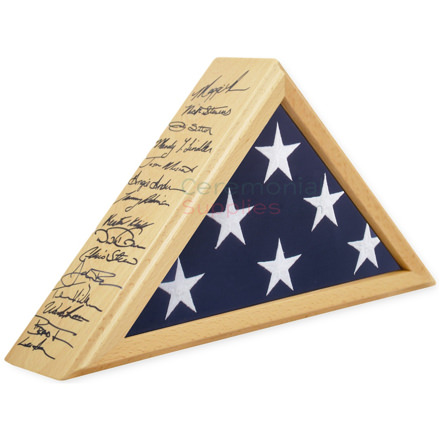 100% made in US from American sourced materials. Frame is American beech wood with clear finish optimal for ink. Glass front with removable back. Includes wall brackets for hanging. Dimensions are 13.5" L x 6.75" H x 3" D. Holds a 3' x 5' flag (not included). Please note this display is not for a Memorial Flag - which is much largerCustomization available with optional plate for engraving that holds up to 3 lines of text. 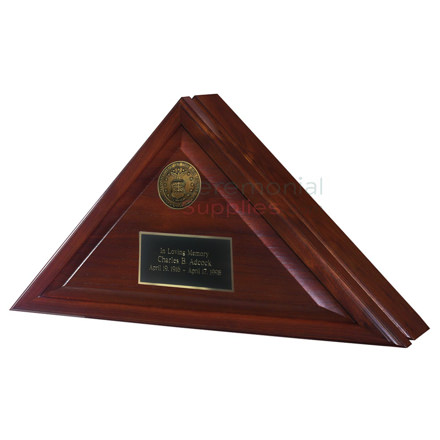 Please allow 5-7 business days for processing (before shipping) for this item. 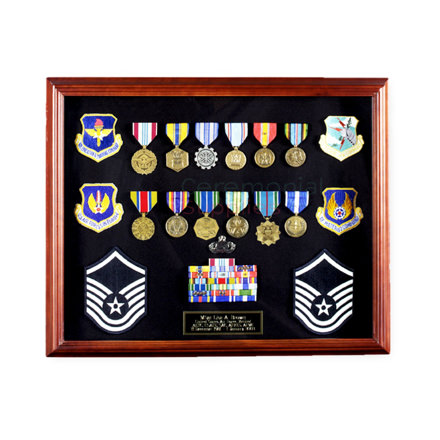 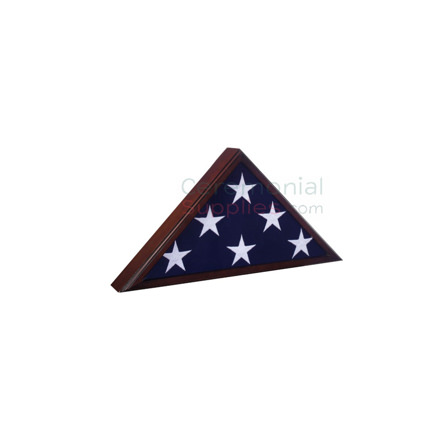 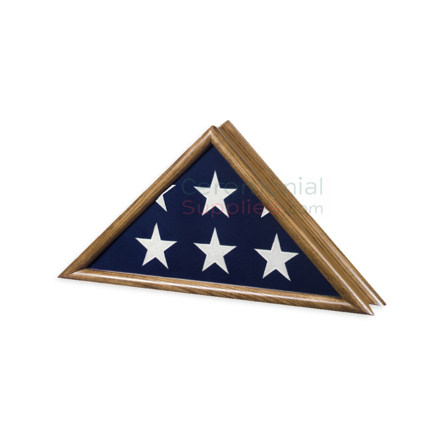 Made in the US from solid American hardwood and hand-finished in Vintage Oak with double-edge frame profile. Dimensions are 25.75" L x 12.75" H x 4" D. Clear front with removable back design for a rear loading of a 5' x 9.5' flag (flag not included). For mantel display or wall hanging (comes with brackets). 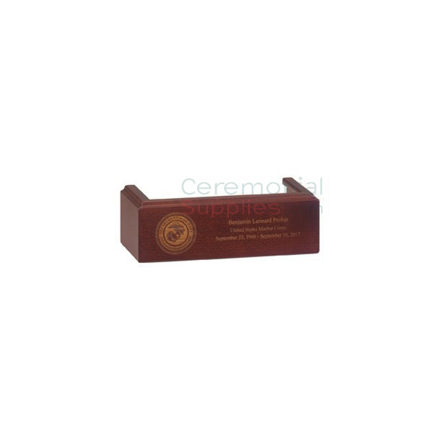 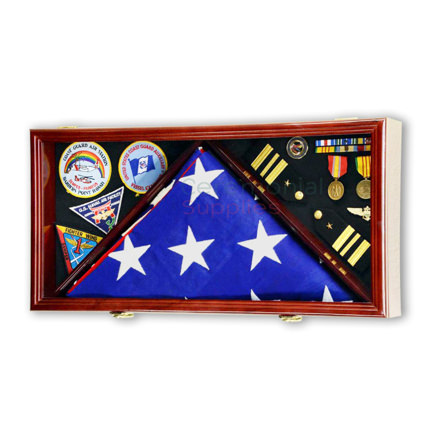 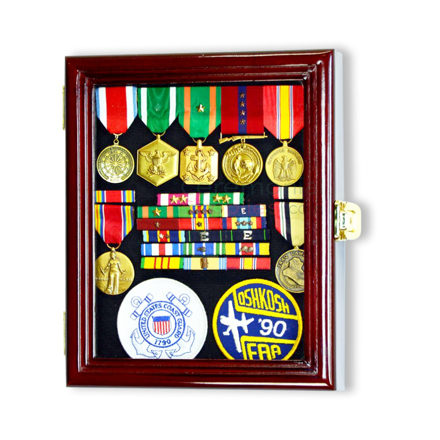 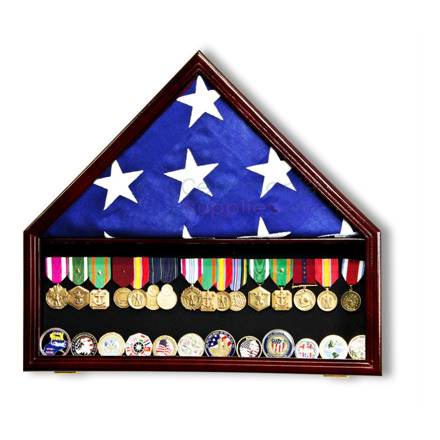 Please allow 2-3 business days for processing (before shipping) for this item.
$119.98 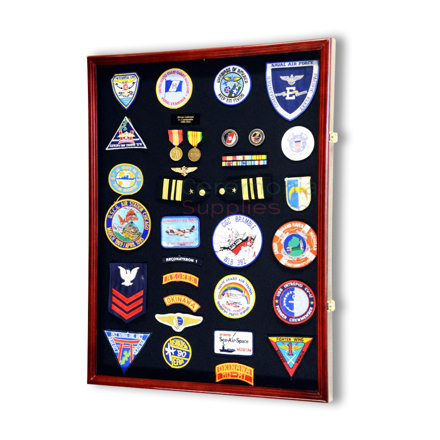 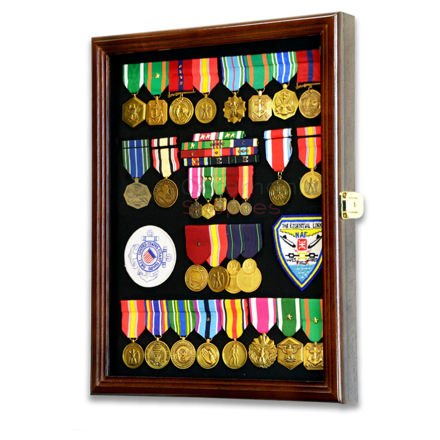 This item is currently on back order. Please allow an additional 5 business days before shipping at this time.
$65.98 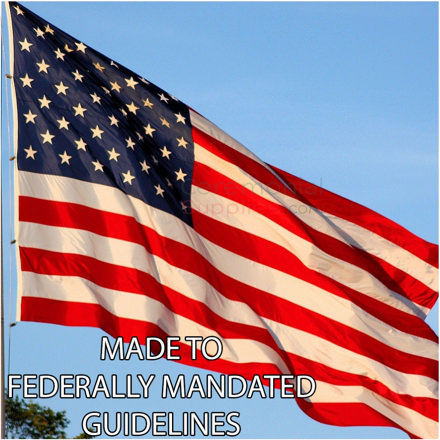 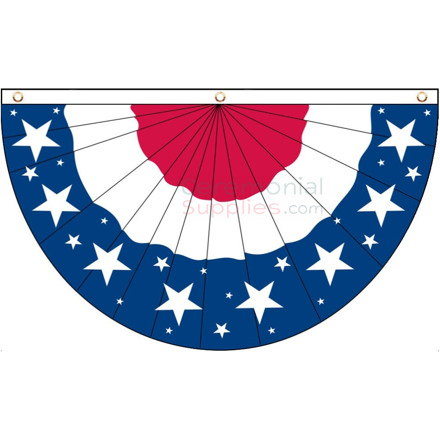 5' x 3' Red, White, and Blue patriotic colors Bunting Flag. Polyester material with double-stitched edges. Printed on one side only. 3 metal grommets for hanging.
$15.49 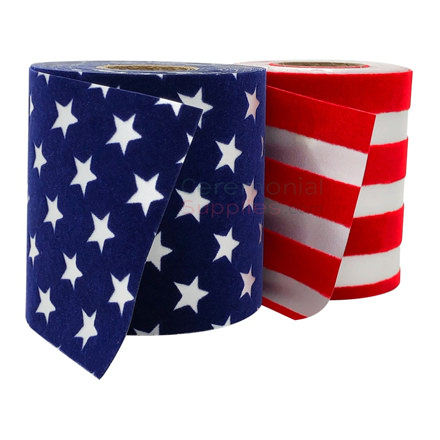 Please note that the star spangled banner ceremonial ribbon seems bigger because it contains more velvet, but both ribbons are 4"x10 yards. 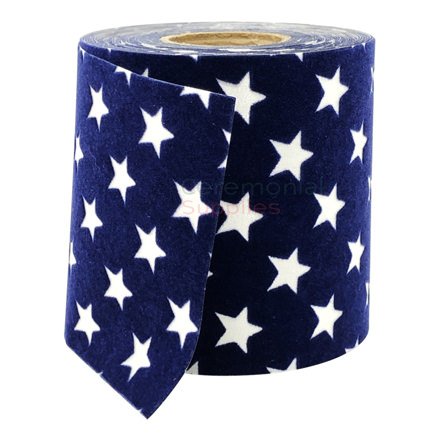 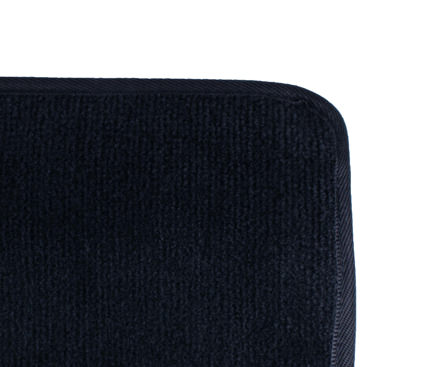 This Standard Black Event Carpet Runner is available in widths 3 and 4 feet, with lengths of 10, 15, and 20 feet.

Need bigger sizes?  Check out our Deluxe Black Carpet, you can get it in dimensions of 3,4, or 6 feet width and lengths up to 50 feet! 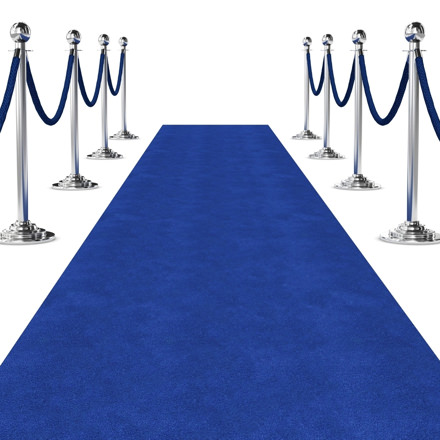 This attention grabbing carpet serves function, versatility, and looks. This Standard Blue Event Carpet Runner is available in widths 3 and 4 feet, with lengths of 10, 15, and 20 feet.

Need bigger sizes?  Check out our Deluxe Deep Blue Carpet, you can get it in dimensions of 3,4, or 6 feet width and lengths up to 50 feet!

The Military, also known as "Armed Forces" is a professional organization formally authorized by a sovereign state to defend the interests of the people of the state. The US military is made up of the Army, Navy, Air Force, Marines, and Coast Guard. The primary mission of the military is to defend the citizens, but it also does other things, especially during times of peace. It can respond to disasters of any kind, protect an area, person or persons, and participate in parades or stately military ceremonies. The history of the military and military ceremonies go back to ancient times when these celebrations were opulent and on a grand scale. Today, military ceremonies and honorable military activities such as a promotion, a retirement, or a memorial are again gaining prominence with event planners to produce lavish memorable occasions. From small details like a printed protocol card, to themed military decorations, and flag display cases CeremonialSupplies.com is the one-stop place on the internet to find the perfect decorations and gifts for military graduations, promotions, honoring, or other military ceremonies.

Decorations and Gifts for Military Ceremonies

Military ceremonies usually include a gift or memento of the occasion. These keepsakes can range from a commemorative flag in a personalized display case, to an engraved lapel pin or bracelet with the corresponding military emblem for the ladies and cufflinks for the gentlemen - all depending on the budget available. Other items used as military decorations that are placed at each setting such as a small personalized plaque, serve as souvenir gifts. The idea is to make every attendee feel special and show appreciation for their presence at the event, and when carefully chosen, military decorations can serve this dual purpose

When it comes to military ceremonies, CeremonialSupplies.com is your best option for military ceremonial gifts and items on the web. Our mission is to provide you with a variety of top quality products for military decorations, crowd control, photo opportunities, and special gifts that will make your military ceremony a successful event. You may contact us by phone during working hours or anytime via e-mail if you have any questions before making your purchasing decision. We look forward to working with you toward your success!